NHS England and NHS Improvement have launched a second burst of its ‘Reducing barriers to cancer presentations’ campaign. When originally launched in March 2022, this was the first campaign of its kind and is intended to address the barriers that delay people coming forward to their GP practice when they are experiencing signs they think might be cancer. This supports the NHS Long Term Plan commitment to increase the number of cancers diagnosed at stages 1 and 2.

When cancer is diagnosed early, treatment is more likely to be successful, however since the beginning of the pandemic there have been significant drops in urgent referrals. The campaign will tackle this by urging anyone who has noticed something in their body that doesn’t feel right to contact their GP practice, and reassuring the public that while it probably isn’t cancer, finding out sooner is always better.

The campaign will target those over 50 and from C2DE socio-economic groups, as these people are most at risk of cancer, and will include specific activity to reach Black and South Asian audiences who are already at risk of health inequalities.

This phase of activity will run from 6 June to 17 July across TV, video-on-demand, PR, partnerships, search and social media as well as multicultural communications and accessibility communications. 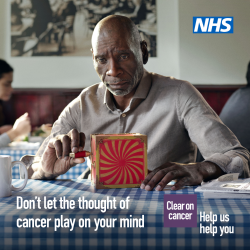 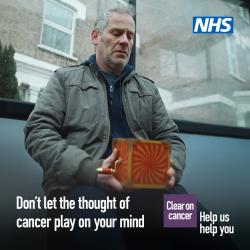 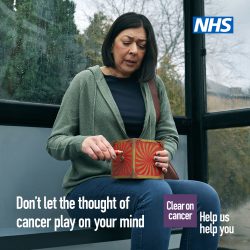